When the town of Yadudah became red, when words were unable to describe and letters cried, with these phrases, the people of Yadudah town in the western Daraa countryside described the day they will never forget which occurred on this day in 2014
It was not an ordinary day on all sides. In the East, it was a Muslim holiday. In the West, Valentine’s Day. But for the people of the town of Yadudah in particular, and the Daraa Governorate in general, was only a bloody day in which dozens of youth, children and elderly people were killed in a heinous criminal manner

On Friday morning, on February 14, 2014, a rumor was received by the people of the town of Yadudah near the center of the city of Daraa, which is controlled by the Syrian regime, that the regime’s secret services wanted to target the most crowded mosque (Ammar bin Yasser Mosque) with a car bomb, located in the center of the town
And since the matter is just a rumor, it was not annouced that the Friday prayer will be stopped or any wandering in the town was forbidden. A large number of residents decided to be careful and go to perform the prayer in the mosque located in the north of the town and not the one that the rumor talked about in anticipation of the event evenif the news are correct

A Kia 4000, which was carrying about 1 ton of explosives, exploded in front of the northern mosque, in conjunction with the beginning of the worshipers’ exit from the mosque, which led to the explosion of a diesel tanker parked by chance in front of the mosque, which caused the mutilations of the bodies of the victims who died as a result of the explosion and the fall of more as well.
Meanwhile, I was in Jordan, and a friend from the town of Yadudah called to tell me about the news of the car explosion and the fall of a large number of martyrs and wounded. He also told me to speak with my relatives to see what happened, who died and who survived

We started making calls, but it did not work, because everyone’s lines were closed, they did not have internet. In fact, they were busy digging mass graves to burry the martyrs and succor the wounded
The village activists were publishing the names of the victims and the wounded.Suddenly, we hear about the martyrdom of the university student, Hudhaifa al-Zobani, who is my 20-year-old uncle at the time, with 4 of his friends, my uncle Saleh al-Zobani, and 19 others of my family, including children, in addition to about 40 martyrs, part of them from the town of Atman. They were displaced to the town of Yadudah, the town of Tafas, and Daraa as well

A large number of the wounded came to the Kingdom of Jordan, specifically to King Abdullah Hospital in the city of Ramtha. I saw most of them, some of whom were burned or injured, and some of whom died in the operating room because of their bad condition or bleeding during their rescue to Jordan

A survivor of the massacre tells his testimony

M.K said, whom has reserved telling his name for security and peronal reasons : ‘’I woke up early as Friday is my favorite day in order to prepare myself to go to the mosque. I was hungry at the time but I did not eat breakfast because in our traditions, a special and fatty food is cooked on Friday and eaten after the prayer so I decided to starve myself until I finish praying and comeback home’’
He continued : “I went to the mosque and sat in my favorite place, leaning on the wall. When the Sheikh finished delivering the sermon that was about the Syrian revolution, we performed the prayer, then I went out of the mosque as usual and stood with my friends exchanging conversations and waiting for others. In parts of the second, I saw something resembling alum, that has entered my eyes. The explosion’s presssion pushed me few meters away, fell on a solid object, and went unconscious for a minute. Few seconds later, I returned as if God had restored my soul. “

He added : “I started screaming at people asking for help because I could not walk, no one answered me. Then I saw black smoke fill the place and did not know what was going on. I decided to help myself, stood on one leg and started jumping until I stumbled upon one of the corpses that filled the place. Suddenly, some people had picked me up and put me in a car full of wounded victims, some of whom are bleeding, some of them crying and screaming. I will not forget this situation throughout my life

“We arrived at the hospital and my family was waiting for me there. The doctor told me that he could not do anything for me as the injury in my back and close to the heart was dangerous . He added that I had to go to Jordan as soon as possible. My family started crying. Later, I was taken to the Jordanian border where I almost died waiting and passed out. I woke up in one of the hospitals in Jordan, I was surprised to hear the news that many of my relatives had passed away, some had lost their limbs. This massacre was the largest in my life’s history. My treatment lasted for a period of two months, and then I returned to Daraa to visit my friends’ graves.’’ 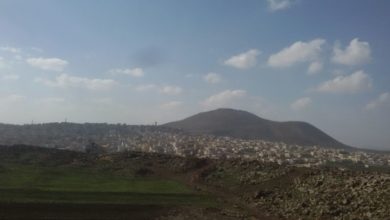 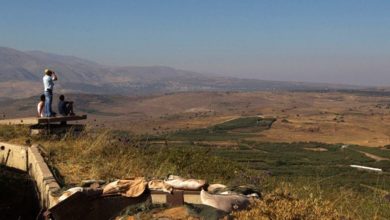 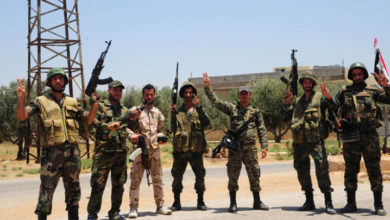